On October 31st, 1938 Milivoje Kostic established special Department of Neurosurgery in “The First Surgical Clinic in Belgrade, the first in Yugoslavia, only three years after the first neurosurgical department was established in Germany, in Wurzburg. Milivoje’s brother Sobodan Kostic was named the first head of the department. He worked in 1933 in Stockholm under Herbert Olivecrone, the leading European neurosurgeon at the time. Upon his return in Belgrade he began applying all basic principles of Swedish Neurosurgical School which was at the time the highest standard for all European neurosurgeons. 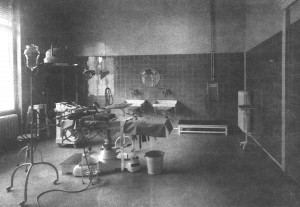 Professor Slobodan Kostic applied already established principles in diagnostics of neurosurgical diseases, and also neurosurgical technique that even today is the same in Belgrade and Stockholm.

In the first years after World War II, neurosurgery in Yugoslavia was already formed as independent surgical branch in practice, but also organizationally in large medical centers. In the year 1951 the already established Department of Neurosurgery, under Slobodan Kostic, developed into Neurosurgical Clinic, the first of its kind in Yugoslavia.

During 1958 and 1959 director of Neurosurgical Clinic in Belgrade at the time – Slobodan Kostic, intensively corresponded with The Alliance of Medical Societies of Yugoslavia, addressing the need to create official institution to gather all neurosurgeons in Yugoslavia. At the time, there were 24 neurosurgeons in whole country. In the spring of 1960 The Alliance of Medical Societies gave permission for founding of Section of neurosurgeons of Yugoslavia under Society of Surgeons of Yugoslavia. After that, organizing Committee was founded, and the members were: Slobodan Kostic (Belgrade), Danko Riessner (Zagreb), Bogosav Dragojevic (Skopje), Todor Beciric (Belgrade), Matija Kozic (Zagreb), Milan Kretic (Sarajevo), Milan Zumer (Ljubljana), Gustav Stajnﬂ (Military Medical Academy in Belgrade), Zdravko Besarovic (Sarajevo), Petar Tofovic (Skopje) i Antun Cas (Ljubljana). Secretaries were: Milutin Perisic i Petar Milenkovic (Belgrade). 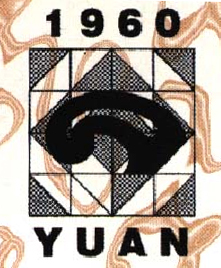 Until the spring of 1991 The Society of Neurosurgeons of Yugoslavia functioned harmoniously and unanimously. There was mutual respect, comradeship and cooperation between neurosurgical centers of the Republic and between neurosurgeons individually. Cooperation culminated by joined publishing of Yugoslovenian textbook of neurosurgery – “Surgery of the central nervous system” in 1976, intended for medical students, medical doctors, neurosurgeons and postgraduates. Editor-in-chief was Slobodan Kostic and there were 29 authors from all Yugoslovenian centers, neurosurgeons and other experts of neurosciences. From 1960 until 1991 seven national neurosurgical congresses and meetings were held, organized by Society of Neurosurgeons of Yugoslavia or together with other institutions in the country.

In April 1992 Republic of Yugoslavia was formed (consisted of Serbia and Montenegro), so in accordance with this, Society of Neurosugeons of Yugoslavia continued to exist but in different composition. Members of this Society were neurosurgeons form Serbia and Montenegro that were the majority of members even in previous arrangement. In June 1992 Society of Neurosurgeons of Yugoslavia in Belgrade held Meeting of Neurosurgeons of Yugoslavia titled “Actual issues in Neurosurgery”. Having in mind number of participants, selected topics, and the quality of presented papers this meeting had characteristic of national neurosurgical congress. The parliament of the Society selected new Board of Directors. Instead of the deceased president of the Society, Nikola Sekulovic, Vaso Antunovic was elected, and as secretary Milos Janicijevic, both from the Institute of Neurosurgery in Belgrade. 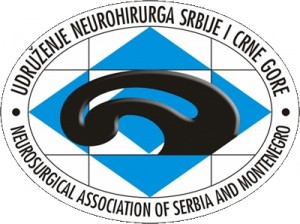 Finally, in May 2006 Yugoslavian political drama was finished, Serbia became separate and independent state. So our national association becomes Serbian Neurosurgical Society. Membership in this association corresponds with membership in Neurosurgical Section of Serbian Medical Society, so the question of existence of both of these associations was addressed. On joint meeting in Kragujevac on December 19th, 2006 neurosurgeons of Serbia unanimously expressed the necessity for both Society and Section under Serbian Medical Society, having in mind that these organizations have different goals and functions, but that tight cooperation between the two must remain.

From 2009 to 2015 president of this Society was Miodrag Rakic and secretary Milos Jokovic. On the Meeting of Neurosurgical Section held on February 28th, 2015 in Novi Sad, Lukas Rasulic was elected as president of Serbian Neurosurgical Society. Soon after that executive board was formed that consisted of: Lukas Rasulic, Milos Jokovic, Miodrag Rakic, Petar Vulekovic, Zoran Roganovic, Radomir Nikolic, Nebojsa Stojanovic and Marko Markovic.

Neurosurgery was introduced as a separate surgical branch in Surgical Clinic in Belgrade in 1923. On October 31st, 1938 Milivoje Kostic formed the first neurosurgical department within Surgical Clinic in Belgrade, the first of its kind in the region. However, Professor Kostic performed his first neurosurgical surgeries since 1914. He performed mostly peripheral nerve surgeries and surgeries of extradural lesions. Nowadays, this period has been considered the era of heroic neurosurgery.